Systema – Russian Martial Art in the Movies and Video Games

Systema – Russian Martial Art in the movies and games.

The movies and also the games are becoming uncreditable realistic, always in the small screen or the big screen there are combat scenes brought by great masters of martial arts or techniques choreographed by martial arts exponents.

The russians and the Russian martial art are also on the big screen.

In the cinema, the movie Sinner and Saints (2010) shows the Bas Rutten and also the Systema instructor, Sonny Puzikas playing the part of the mercenaries.

In 2012 the actor Richard Gere plays a Russian assassin in the movie Codename Cassius 7 (2011), the action scenes were choreographed by Systema instructor in Los Angeles, Martin Wheeler.

In Russian cinema, you can watch a successful serie named Kremen with a former member of the special forces, see here.

In games different martial arts and techniques have been used for the action scenes and now a novelty that comes from Russian martial art.

Since the 90s the Russians are present in video games. To name a few, Red Alert, GTA, Street Fighter, Mortal Kombat, Command and Conquer, Shin Meagmi Tensei: Strange Journey, The Club, Cryostasis, Metro Last Light. In some games Russians appear more caricatured and other in a more serious way.

In games of military actions such as Call of Duty – Black Ops, Systema is already used by Spetsnaz with great success, all the movement of operating was made with members of the Russian special forces, which are also Systema instructors.

In Splinter Cell Blacklist (Ubisoft 2013). All the action scenes were made by an instructor of Systema, this art that for decades was shrouded in mysteries and secrets.

Now the game Rainbow Six that presents Special Forces from around the world also shows the Spetsnaz, showing all their ability to fight.

Systema – Russian Martial Arts taught, in Russian Elite Forces (spetnasz) is present in these games. In Street Fighter, the character Zangief has trained Sambo, another Russian martial art taught by the Army (Military Sambo). More and more Russians are growing in the gaming world with more significant roles.

If you want to train like the games, you should know that Systema is already in Brazilian soil and forming his first instructors and also their first schools.

The instructor Nelson Wagner trained with many members of Official Russian Special Forces (Spetsnaz and the former KGB) opened the first school in the country, which is now in several Brazilian states, teaches in São Paulo Capital.

Hand-to-hand combat, escape from holds, applying joint keys, control of the opponent, disarm of knives and firearms, combat on the ground, multiple opponents, fighting with knives, long and short sticks, whips, chains, swords, improvised weapons (how to turn everyday objects into weapons), are some of the things taught in regular classes. All this added with breath control techniques, body awareness, massage and more.

A complete martial art for the physical and psychological conflicts which assist trainers to deal with the stress of daily life in addition to teaching self-defense. 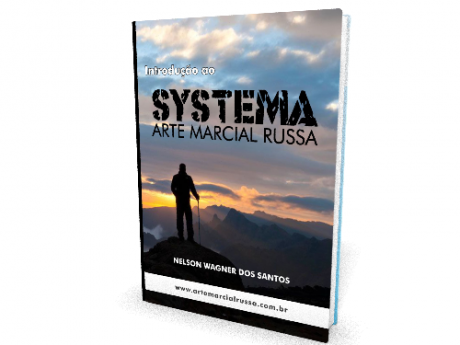